Graham Spittle is a listener to the Faster Masters Rowing Radio podcast.  On our November Q&A episode he asked this question 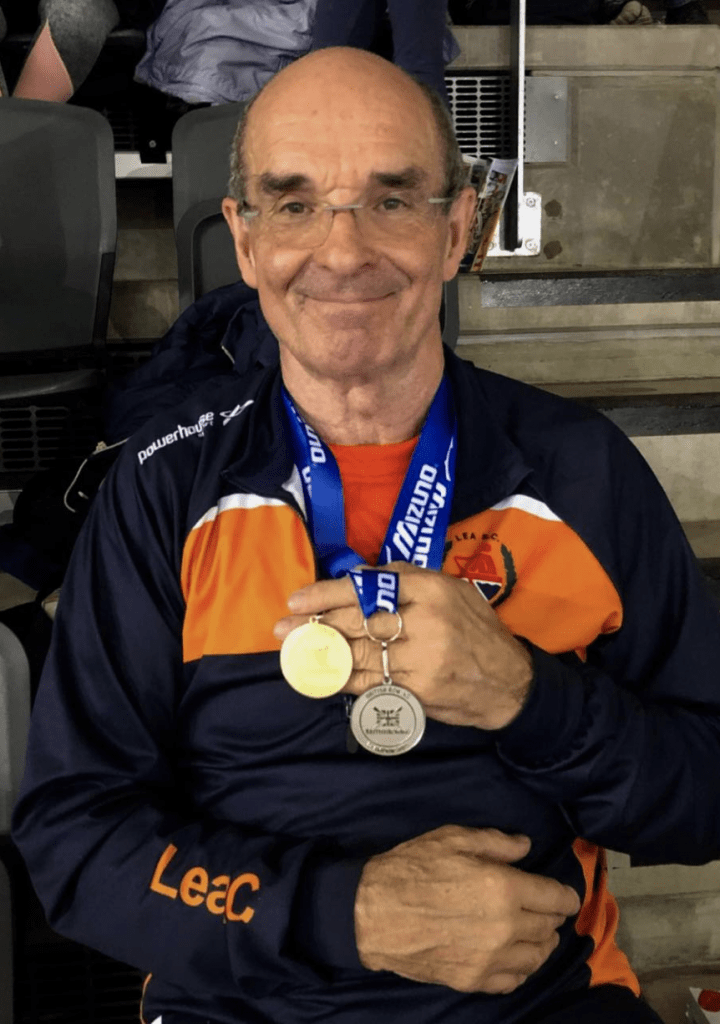 I have been watching YouTube and it seems some people do a pre-warmup, warmup. As a 71 year old heavyweight is this necessary?

British Rowing Indoor Championships (BRIC) were held this past weekend at the Olympic velodrome.  It seems Graham was keen to learn about warm ups because he was preparing for this indoor rowing event.

Graham explains what happened on the day [taken from the Masters Rowing International Facebook Group thread]..

OK – it’s a rare bragging post from me, but with included thanks to Rebecca Caroe and Marlene Royle for their opinions and advice on pre-warmups!! Also thanks to legend Eric Murray, on the BRIC Asensei stand, for letting have a pre-warmup warmup on one of their ergs 👌🏼👍🏼

I had good day at the BRIC office yesterday, despite a messy cough and cold causing an extreme training taper(drought) kicking in a week too soon!
But – I’d paid my money, I had tissues and (clean)lozenges and wasn’t gonna let a cold get in my way!
(I had, however, re-assessed my 2k target from ~7:00mins, to ‘whatever I could manage’!)

2nd race 14:10 500m 70-74 hwt 🥈😎
5 hours later and feeling not awfully well, I did consider scratching, but it was only going to be 90 odd seconds, so , like gladiator bait at the Colosseum I lined up in the Race Floor tunnel, like gladiator bait at the Colosseum!
The winner shot off at 44spm, but he hadn’t raced the 2k earlier, however, I managed to stay within .4 of a second, to take silver!