Gordon Williams is our very first medalist training on the Faster Masters programme. He  won Mens F 1x at Lake Ruataniwha in New Zealand’s South Island during September, beating a long-time winner into second place just before the line. 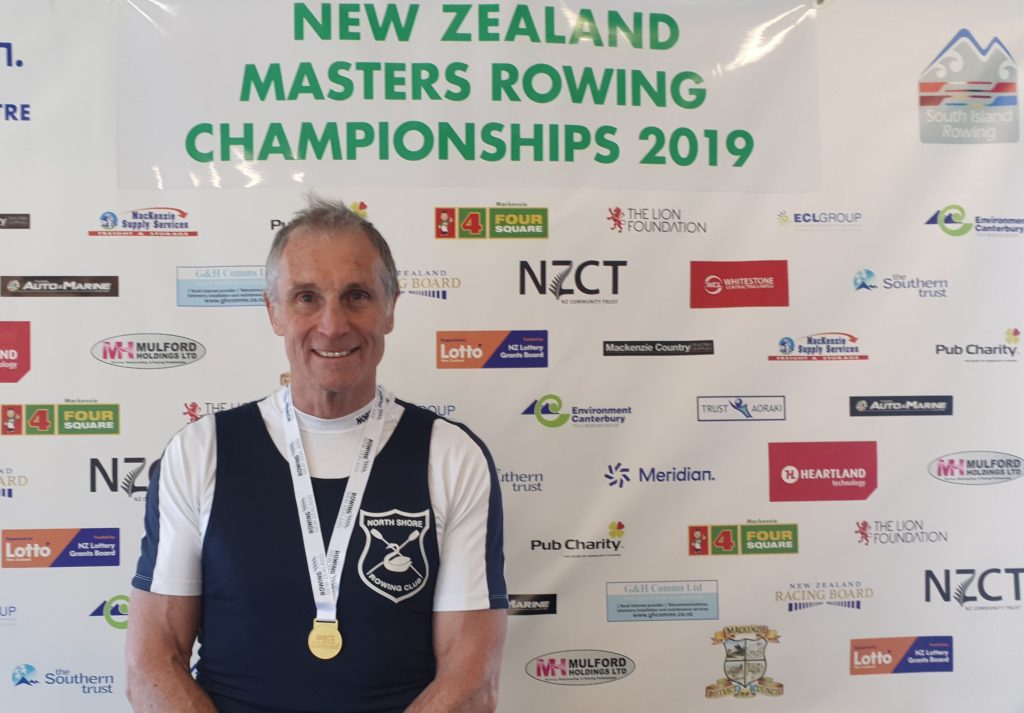 How the race went

Truth be told I rowed like a lumberjack for the last 15-20 strokes – no finesse at all. Carolyn Steele said to me after that the last 15-20 were “very ugly but seemed to be effective” LOL.

Bruce nearly caught me. I need to learn to keep my cool for that last 150m. Start & middle were well judged and no different to how we always try to race. Stayed close to the front 3 guys though intentionally marginally behind them until 250. Concentrated on staying at that 250 (rate 32 SPM) pace through to 600. Then just pushed for 250 by increasing leg drive and maintaining stroke rate at 31-32 SPM. Panicked through lack of oxygen going to my brain at 850 and started sprinting up to 37 SPM just before the line. Silly really given that I know from rowing the “Chris 500” at the lake, that I should stay at 32 and just lengthen as long as possible, pause longer on the back and force the leg drive harder. But I didn’t do that and should have. I know it cost me at least 1sec elapsed time and that would have been “free speed”.

From a training perspective it was all about practising to be ready to accept the pain and just keep going without quitting or letting that pain take over. You have to do the programmed “hard” work pieces on the water in training if you expect to be prepared and mentally strong enough to stay upright in the boat and sprinting at the end.

[Gordon’s double and pairs partner is Chris Brake – he likes to do a flat out race at the end of early morning outings on the last 500 meters to the boating dock – Gordon calls this the Chris 500.]

For me the best training preparation I did was the “Chris 500” when “racing” alongside the 4X and racing against Chris and Martha in their 2X. I know we cannot do that every outing of course! – But probably once per week – someone in the Swans (Gordon’s club) is equally crazy enough to want to race me home to the pontoon.

Congratulations to Gordon – you’re in OUR record books forever. 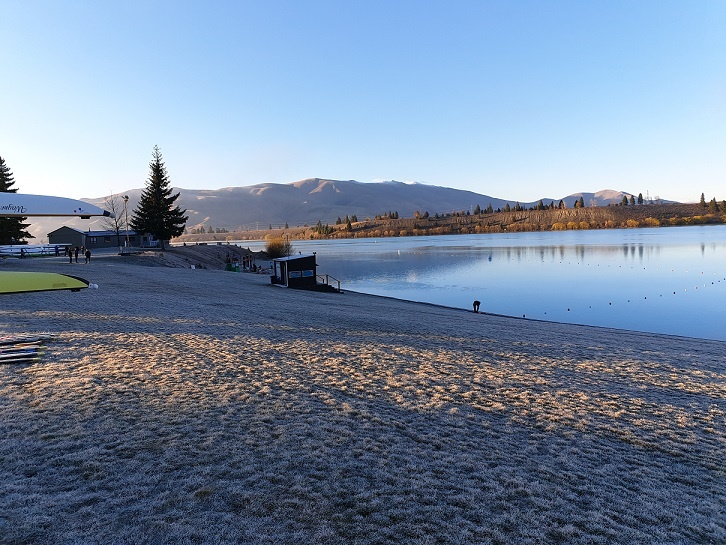 Gordon sent us these photos of the lake where the event was held – look it up – Lake Ruataniwha in Twizel.  Seriously beautiful lake with its own back-story.  It is part of a hydro-electric scheme and the engineer building it realised that it could easily be a rowing lake with some small depth modifications and straightening the bank out.  So Max Smith ordered the changes and after they were done, he told his bosses that they had made a great recreational rowing race course.

He got fired for his pains.

And rowers in New Zealand got a wonderful race course in the middle of the South Island. 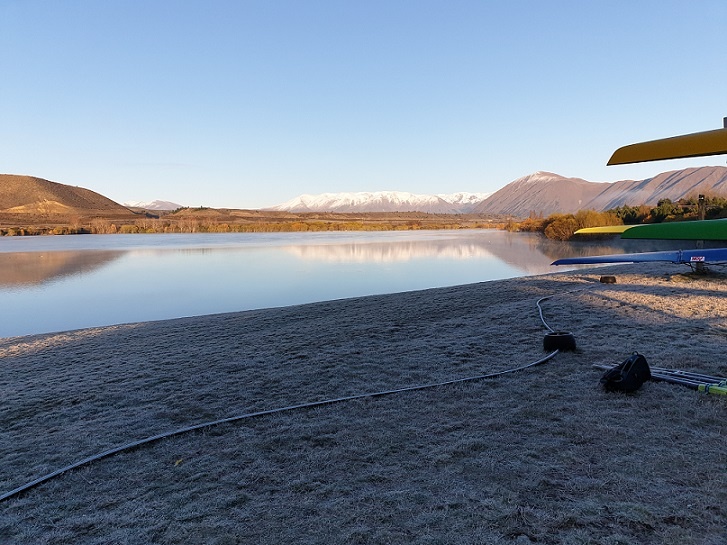